Yesterday I got a call from my mother that has been placed thousands of times to sons like me: “Mark, I can’t get the damn photos from my phone to my computer. Can you help me?”

I was tempted to say this ball is in Motorola’s court but since she birthed me, I felt obligated. For the next hour, I was reminded how bewildering technology can be to someone who did not grow up on it. Imagine you’re fifty and using a computer for the first time:

1. First we had to make the computer recognize her Motorola Cliq. The Motorola rep said she should just plug in the USB cable and click “my computer”, which is already confusing to a novice PC user but malpractice to a Mac owner like my mother.

Connecting the phone and computer launched two phone options: USB Drive and Share. Well, Share sounds promising – tapping through the menus, we realize that’s for sending photos via an internet data plan, which she doesn’t have. So we go with the oddly named USB Drive. This is where the photos are, but there’s no verb phrase like “Transfer photos.”

Poor interfaces use nouns. Good ones use verbs because that’s how consumers think. Engineers want to describe things, consumers want to do them.

2. “Nothing is happening”, she says. She says this a lot when we’re troubleshooting. I view her Macbook screen and she’s right, no apparent changes. I minimize four windows on her screen and there it is, a new dialog box that was hiding behind all the other windows. How would my mother know that was there?

3. Now we’re downloading the photos to her computer. As we talk via Skype, I notice her video window is at the smallest size. “Why don’t you full screen the video while we’re downloading?” “You can do that?” she asks. I show her a little icon with arrows pointing to the four corners. She clicks on it and “Wow! Now you’re all over my screen!”

The icon didn’t have text like “Full screen” and a newbie could reasonably think four outward arrows meant exit, or surround sound. Most tech novices don’t try to decode hieroglyphics and some are scared to experimentally click, just as most of us wouldn’t try either on an airplane dashboard. It’s all just filed in Stuff I Don’t Understand.

4. Now we have the photos on her computer. “I want to post my car on Craigslist. Where do I put the photo?” She’s used to click-and-drag so the concept of a web field that holds text which links to a photo is understandably bizarre. The whole separation of computer and internet can seem to a novice like brain and mind. Aren’t they the same thing?

The file upload button is named “Browse…”. Why Browse? My mother doesn’t want to casually explore her computer for exciting new photos; she has exactly one that she wants to find and upload.  When the photo is uploaded, the only confirmation she gets is a file location in the text field and Craigslist’s green O instead of a red X. A thumbnail is too fancy for the wizards at Craigslist.

We had a dozen issues like this – tech idiosyncrasies that anyone born after 1980 learned as native tongue, but everyone before is trying to deduce. What is a URL? When do I single-click and double-click? What’s the difference between downloading and installing? My mother had downloaded several programs that “weren’t working” because she never installed them. It took metaphors like “you brought the package into the house but didn’t open it” to explain.

My generation tends to snicker about our parents’ difficulty with technology, but the reality is that it is still too damn hard. We benefited from learning young. Technology forced our parents through arguably the fastest paradigm shift ever – physical to digital.

I often think about what shifts my generation will struggle with. Virtual reality? Neural implants? Already I am confused by the habits of teenagers. Why would you use Facebook’s inbox and texting when Gmail is so much better? Why would you send racy photos that are so easily forwarded? Why broadcast so much of your private life to a public world that will remember it, and maybe use it against you, forever?

This is what getting older feels like. Here’s hoping old age brings more wisdom than WTF. 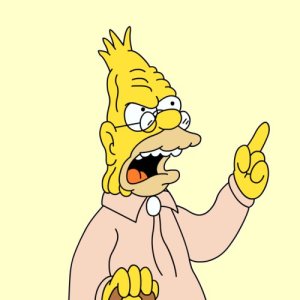 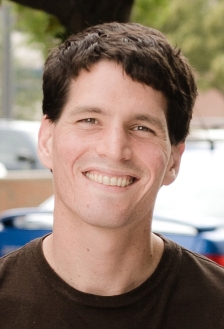